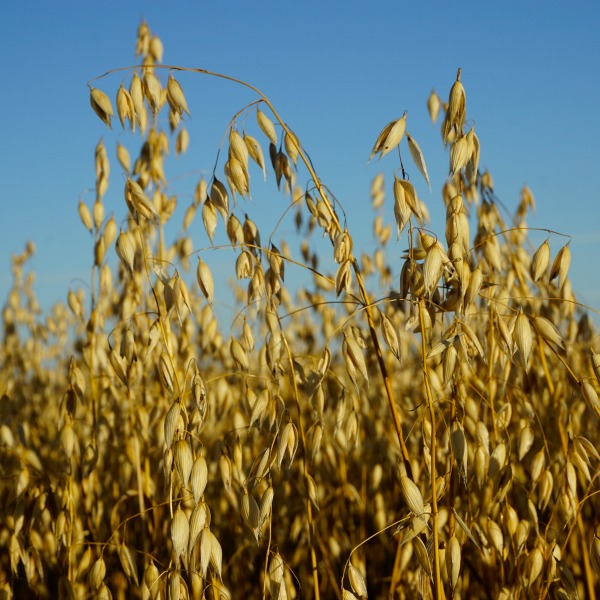 “Historically oats have been the ugly stepsister, planted and then left until harvest, with farmers using the same seed stock year after year,” says Sam Raser, Manager of Organic Procurement at Grain Millers Inc. of Minnesota.

“You’re not going to have the gross revenue from oats.  In 2017, oat prices have generally been between $400-$425 per tonne.  But in your corn the year after, that’s where you see the benefit,” he says.

“They don’t need a lot of nitrogen, that’s the beauty.  As a crop, (oats) can do a lot with a little and it’s not mining a lot of nutrients out of your soil. By far, it is your most fibrous root system in the cereal grains category.”

“It’s an aggressive crop and good at suppressing weeds,” he adds.

And oats can be planted early.  “Some of the best oats we see have been snowed on.  Oats can take a pretty hard frost until the second or third leaf stage,” Raser says.

Typically, producers don’t have the same disease pressures, such as mycotoxins, with oats.

“They  work well with other cover crops.  A common practice in the Midwestern U.S. is to seed oats, clover and alfalfa together in the spring.  Once you take off your oats, you’re left with a good crop of clover and alfalfa that can be plowed down as a source of nitrogen,” he notes.

But “farmers need to refocus on how to treat oats in their production systems,”

For example, there are new varieties of oats suitable for eastern Canada, such as AC Dieter and CDC Orrin, Raser says.

“Farmers need to think about the plants per acre versus bushels per acre,” he says.

“You really don’t need any special equipment for oat production, but you do need a good storage bin and drying system.  If it’s a wet year, drying (the grain) down right away is really important,” advises Raser.  He also recommends that producers have enough capacity to store the crop for up to 6 months as harvest movement can fill up quickly.

And how might farmers use their oats after they grow them?

“Organic oats may never leave the farm.  It’s a staple in the crop rotation and can be used for oatlage or baled,” says Raser.

For those looking to sell their crop, “there is nothing much different about the marketing process for oats,” he adds.

For more information you will also find Sam and other grain traders at the two day free-entry trade show at the Guelph Organic Conference that takes place late January / early February each year.