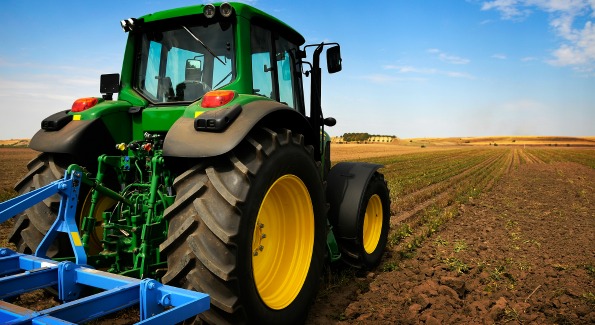 With demand soaring and prices at a premium is it time to think organic?

A 2013 study by the Canada Organic Trade Association (COTA), found the value of the Canadian organic food market had tripled since 2006, far outpacing the growth rate of other agri-food sectors. The study also found that 58% of all Canadians buy organic products every week.

Unfortunately, there just isn’t enough Canadian supply to meet these needs and imports are necessary.

Converting to organic is not an easy decision though, and following are some key points for conventional farmers to consider.

A complete ‘all at once’ transition is not suggested.

“I started with 5 acres and made my mistakes on it. Then I moved to 50 acres, and added 100 each year,” says Roger Rivest of Nature Lane Farms in Tilbury, Ontario. Roger has farmed since 1973 and became certified in 1990, growing corn, soybeans, spelt and oats. He also operates Roger Rivest Marketing Ltd.

For Western farmers Wallace Hamm, who converted to organic production in 1996, advises starting with a quarter section of 160 acres, and rolling more land into organic each year. A native of southern Manitoba, Wallace now lives in Saskatchewan where he farms 2000 acres organically. Wallace is also the founder of Pro-Cert Organic Systems, a well-known North American certifier.

Although farmers with livestock can often speed up transition by converting hay fields and pasture land first it’s not unusual for it to take up to seven or eight years to completely transition all acreage to organic production.

This is one of the toughest mindset changes. Strategic use of winter annual crops, seeding density, crop rotation and tillage are quite effective at controlling weeds. But weeds are tough, and total eradication of weeds is not realistic or even desired in organic farming.

He estimates these weeds have accounted for up to 25% of total yield. Is he worried? Not at all.

“The weeds support bio diversity in our fields which is important to ongoing soil development,” notes Wallace.

There is high demand for organic livestock feed, and weeds offer excellent protein levels usually in the 15-20% range. Wallace regularly enjoys receiving $3 to $4 per bushel for his weeds.

In Eastern Canada, row crop tillage is key to weed control for crops such as corn and beans. Roger suggests investing in equipment such as a tine weeder, a rotary hoe and flamer. Although there is strong demand for organic livestock feed, an organized market for weed seeds as a protein source has yet to develop.

Keep the old ones, but plan to make some new friends.

One of the toughest challenges may be the opinions of your family and neighbours. “This is the big elephant in the room that nobody talks about,” says Wallace. “Peer pressure is tough.”

It’s incredibly important to have a support network of organic farmers to help you through the highs and lows of transition.

Most farmers deciding to transition will do so based on potential revenue benefits. “Organics has its own independent price model now – and a quite lucrative one,” says Wallace.

Concerned about possible price volatility? “I’m a firm believer any farm – organic or not, needs to have the ability to store all their crops for at least a year,” says Roger.

Although land costs are still a critical factor, organic farms can be viable on much smaller acreages then conventional farms. In Ontario, Roger suggests a farm size of 500 to 1000 acres to achieve economies of scale. In Western Canada, Wallace suggests 1,600 acres as viable.

In the first few years, equipment investments are typical. For example, Roger sees liquid pumps and fertilizer boxes for planters as essential. Recently Roger invested in GPS and RTK technology for his 750 acres of organic crops. “It was a perfect fit and a very worthwhile investment. It paid for itself in the first year.”

In Western Canada, Wallace considers a rod weeder a must. “Many farmers consider it obsolete, but it’s a very simple and inexpensive tool that is very effective,” says Wallace.

Overall, a very key piece of the financial story is that organic farmers have significantly lower input costs because they are no longer spraying multiple times per year.

What have you got to lose?

Simply put, “you’re not going to lose the family farm simply by going organic,” says Wallace. “Feel free to keep some air in the tires of your sprayer just in case – but with careful planning and a willingness to try new things, it’s no riskier than conventional farming and has great revenue potential,” he notes.

Both Roger and Wallace are regular attendees at the upcoming Guelph Organic Conference taking place at the Guelph University Centre.

There are over 40 workshops for attendees to choose from at the conference. The workshop schedule is available here.