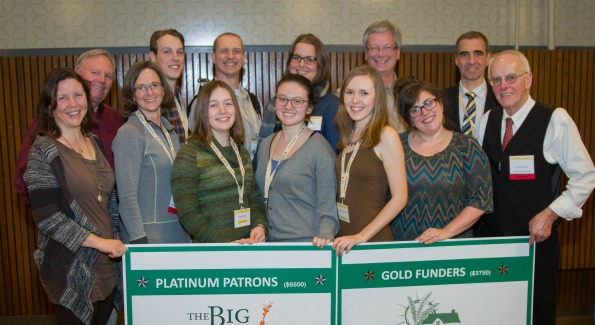 When you start your conference off with locally brewed beer, eating an array of delicately prepared entrees, dishes and desserts all of local or organic origin there is not much to be said in the way of a dissatisfying weekend.

Now introduce a Nutfell Scholar recipient who studied rural Transalvanians relationship with agriculture, a Barley Genetics researcher at University of Guelph, and an up and coming Beekeeper  named Mike and you have got yourself an amazing Friday night (in my opinion). 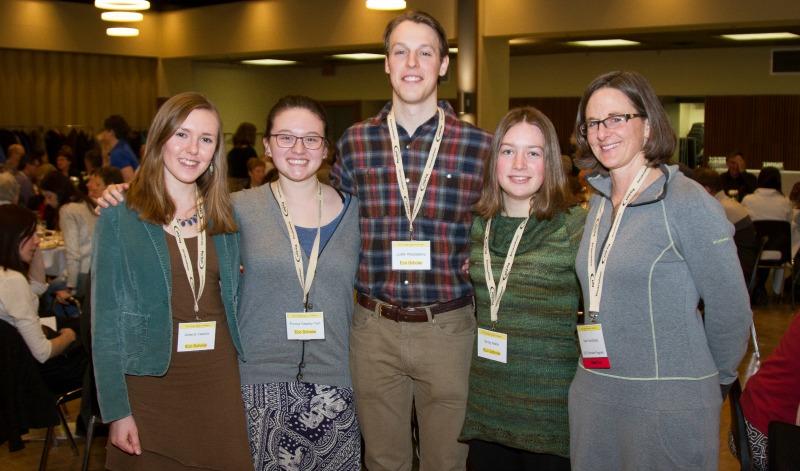 The 2016 Guelph Organic conference was a place where I reconnected with familiar faces and was able to network and interact with many new people.

On Friday night I met my fellow eco-scholars who came from varying backgrounds in Guelph and Waterloo.  Graduating from high school, spending some dedicated time travelling and varying University experiences we were able to share our unique thoughts, ideas and aspirations in organic agriculture. 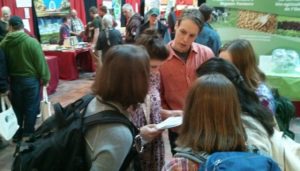 Coming from a background of urban agriculture and market gardening, and being a young Canadian interested in agriculture I was drawn towards the workshops oriented around the viability of young farmers in starting their own operations, the challenges they faced and opportunities for collaboration.

It was interesting to see concerns about youth engagement, new land ownership and start-up viability being so widely discussed in the keynote speakers forum, and in workshops on “Perspectives from Young Canadians in Agriculture”.

Along with these issues the forum itself introduced to me dedicated professionals working here in Creemore, St. Agatha, Toronto and the United States and I was able to listen in as audience members shared their backgrounds, from PEI farmers to Montana horse burden advocates there was no shortage of representations.

Taking discussions a step further, on Saturday afternoon I was able to sit in along with some of the eco-scholars on a meeting discussing “Farming for a Future”, it was fascinating to see how Gayl, along with many other attending farmers were discussing how our youth can be engaged to help transform our relationship with agriculture back to “reconnecting  the sacred relationship with food and farming”, a goal that seems to redeem all the encompassing issues around industrial and non-ecological agriculture. 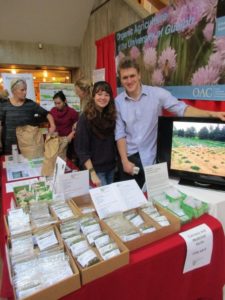 On the final day I was able to talk with a Masters student at the University of Guelph working with Organic Soy. I was impressed to see his research being conducted in a field where we both agreed organic research was the minority.

Speaking with his counterpart at the Organic Agriculture Booth for the University for Guelph I was able to pick up a variety of organic lemon balm, mountain mint and lavender all grown on the University of Guelph’s campus.

Overall my experience can be boiled down to a point that was brought up at the opening nights forum. 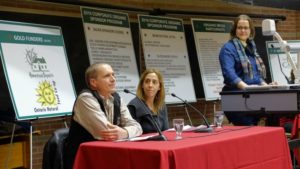 Amid one of Ekk Pfennings discussion points, while on the Friday night panel, he pointed out that organic agriculture remains only 5% of the total agriculture that makes up Canada.

This was not a pessimistic stance by any means, it was seen in my mind as an affirmation of the work that stills needs to be done.

However after a weekend at the Guelph Organic Conference, it is tough to resist that this change is coming and the future of agriculture is being transformed!